I ran a mini tour on the southern Avalon Peninsula. The weather was truly exceptional with temperatures above zero and sunny conditions all day. Today I was hosting Mark Mcdermot originally from Britain,but now of Washington DC. We were again in search of Newfoundland specialties.

We've had some very strong NE winds in recent days and I had a hunch that some seabirds could be pushed close to shore and in sheltered coves. We were on the Cape Race Rd by dawn and it wasn't much later that were we enjoying spectacular scope views of a female King Eider. We would have great looks at a stunning adult male later in the day. Further along Cape Race Rd we encounted small flocks of Snow Buntings that posed at close range and a very cooperative Lapland Longspur was the third lifer of the day for Mark. Just minutes later we found ourselves with full scope views of 2 male Harlequin Ducks and prolonged looks at a number of Long-tailed Ducks, Guillemots and White-winged Scoters.

On our way out the Cape Race Rd we had still failed to see one target bird that has been unusually difficult to find this year. However,as we neared the end of the road I saw a small black blob, bobbing in the surf very close to shore. I slammed on the breaks and finally got the scope on a Dovekie. We watched the bird for about 20 minutes as it bathed and preened less than 100 feet offshore,this is the right way to see a Dovekie!

Mark mentioned that he had never seen a Caribou. On that note I decided to head to St.Shotts,a small remote town west of Cape Race,in the middle of the barren Avalon wilderness. Just as we entered St.Shotts we saw a small herd of 6 Caribou well out on the barrens. We all enjoyed nice scope views,but I had something better in mind. I headed closer to the small settlement and within 5 minutes we were surrounded by a herd of over 50 Caribou. They were all around the vehicle and were totally unconcerned by our presence. We stayed here for almost an hour enjoying these amazing animals and even got to see two bulls lock antlers on a couple of occasions,something I hadn't seen before.

Generally, we head down the southern Avalon in search of birds,but there is so much more to offer.When you consider experiences such as this and the amazing coastal scenery, it really is an awe inspiring location. The Caribou were the icing on the cake of an already successful day and was a great way to end another spectacular experience on the southern Avalon. 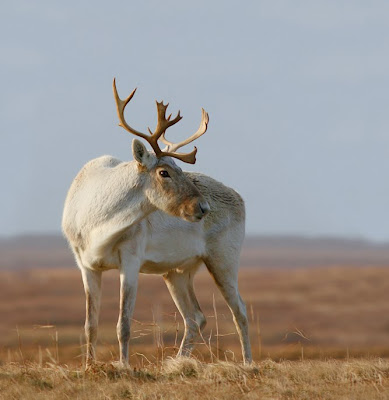 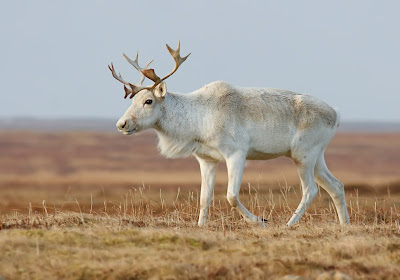 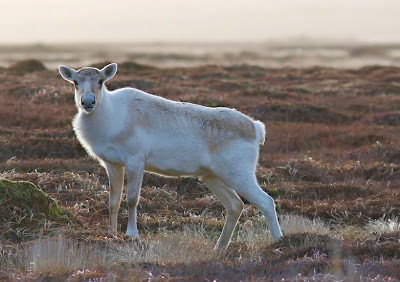 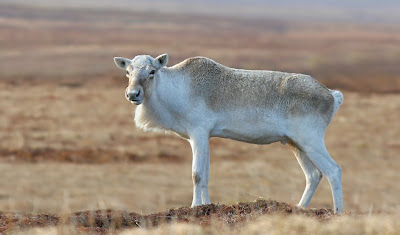