This blog will include exact what the title suggests, lots of juv and 1st winter Iceland Gulls. I'm not going to say much about them right now because it's late and I've learned not to get into anything that requires too much thought late in the night ;) So, for now you'll have to be content with photos of 25 juv and 1st winter Iceland Gulls. All of the birds in this post are Kumlien's Iceland Gulls. However, I'll be the first to admit I never scrutinized every one feather by geather, so if you think you see a g.glaucoides in there let me know.

So for the initiated here's the breakdown in the Iceland Gull scene in St.John's, Newfoundland. We have the largest wintering populations of Kumlien's Gulls in the world. In any given day it's possible to see several hundred without even leaving your vehicle, all at close range. As a general rule all Iceland Gull in Newfoundland are Kumliens, until proven other wise.

In case your new to the whole Iceland Gull scene and Iceland Gulls in particular, this is your chance to bail out now before things get ugly! There are currently two accepted subspecies of Iceland Gull, Larus Glaucoides glaucoides and Larus glaucoides kumlieni. This is something which could change in the future, since we really aren't sure what to make of Kumlien's Gulls. One common line of thought is they evolved as a hybrid swarm between Thayer's and Iceland Gulls. Others believe they are just a subspecies of Iceland Gull or Thayer's Gull, outright. I'm not going to state where I stand on the issue, but when you see the amazing and seemingly random variability of traits in Kumlien's Gulls, that hybrid swarm theory seems to make some sense. Anyway, before I bore you with too much, here are the photos. As I said all of these birds are though to be either juvenile or 1st winter Kumlien's Gulls. All bird were photographed between November 25 and the second week of February. I'll try to include dates in the captions at some point. 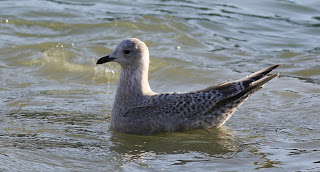 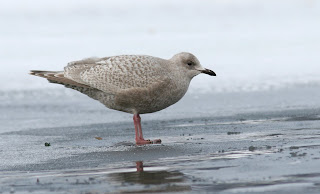 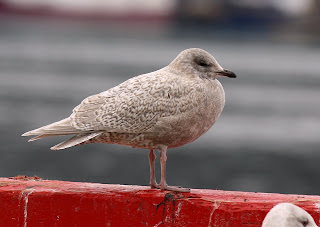 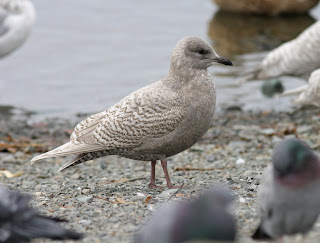 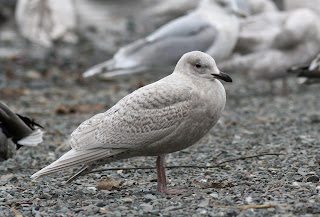 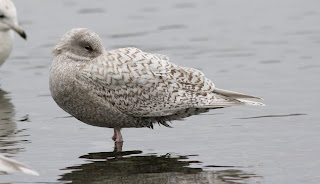 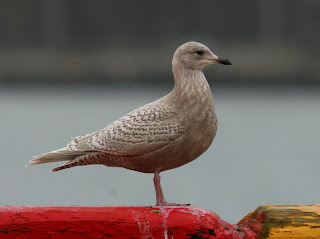 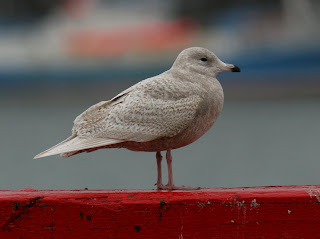 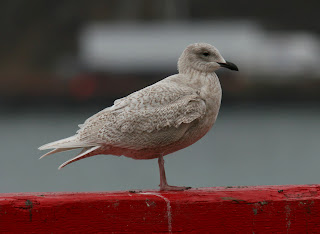 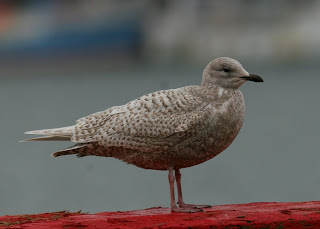 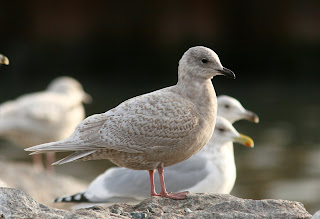 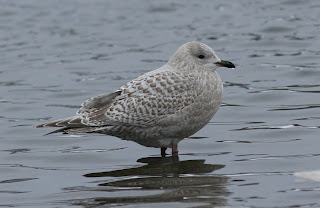 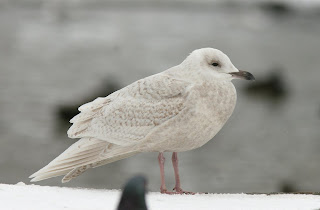 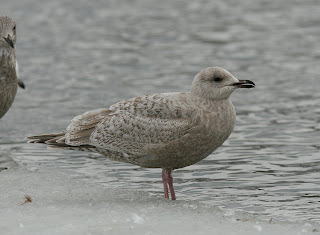 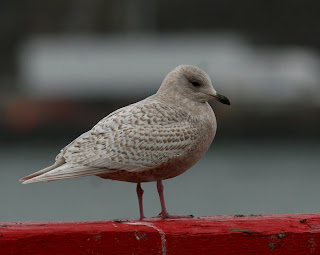 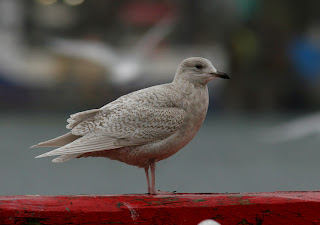 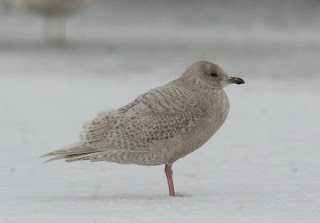 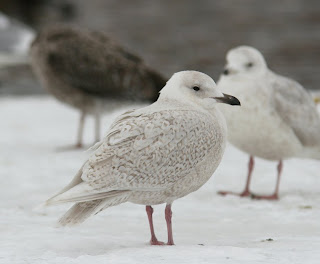 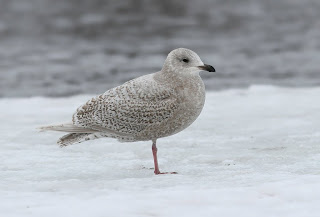 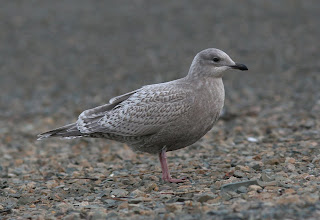 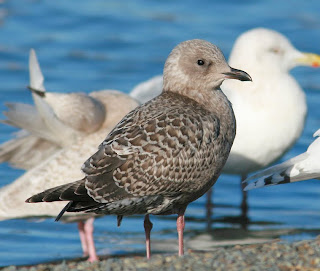 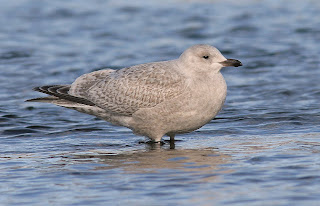 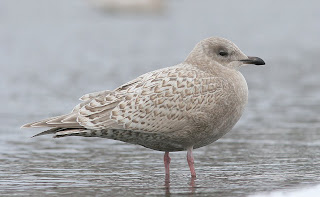 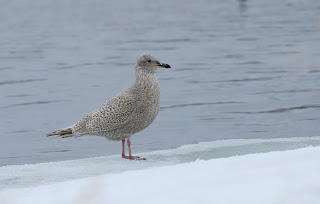 As you can see from the selection of photos above the variation is pretty great. A couple of these birds push the limits of the currently accepted view of Kuimliens Gull and you can see where lines that separate Kumliens from nominate glaucoides and from Thayer's Gull get blurred. Tomorrow, I hope to add some comments to each of the photos and I'll get around to adding some 2nd and 3 winter birds. I probably won't get to the adults for a couple days. That's when you'll really see the astonishing variability in these gulls. Please check back over the next few days. Also if you search or look through the older posts, I did write a blog about Kumlien's Gulls last winter that some of you might find interesting.
Posted by Dave Brown at 11:20 PM