I've spent the better past of the last ten winters watching gulls in Newfoundland. One of my favorite species is Iceland Gull. We have the pleasure of seeing thousands of these gulls for almost six months of the year.The vast majority of our Iceland Gulls are of the Kumlien's subspecies and in fact. St.John's is the best location to view and photograph Kumlien's Gulls, in numbers and in comfort.

We get to see the full range of the species, from the very lightest, to the very darkest winged.The majority of birds fall somewhere in between, meaning they have at least some patterning in the primaries. There are always a few extreme birds around that are either very close to glaucoides, or Thayer's Gull, in terms of primary pattern and darkness,but these birds are usually separable, based on structural differences,bare parts and mantle color. Very, very rarely, we get a bird that everyone is comfortable calling a Thayer's and occasionally we get one that looks really good for glaucoides. Since we get such a huge variety of Kumlien's identifying Thayer's and glaucoides becomes problematic.

Today I had the pleaseure of spending some time with,what appears to be a fairly straightforward glaucoides Iceland Gull. To give you an idea of how rare this is, I studied several hundred Iceland Gulls today and this was the only one I felt comfortable calling a true glaucoides. This bird seems to fit the classic glaucoides model, being the absolute palest mantled, palest eyed,whitest winged, most petite form. Below are a few photos of todays glaucoides, as well a very dark winged Kumlien's Gull, just to show the variance that exists within this species. Of course, the variation is even greater if one considers Thayer's to be just another sub species of Iceland Gull, but that's a can of worms I'm not willing to open. 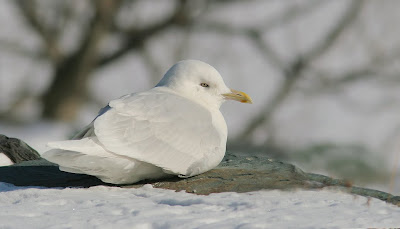 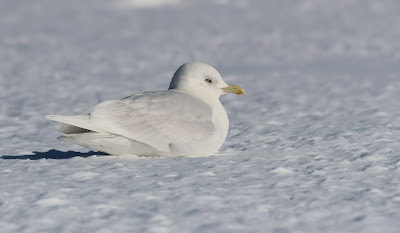 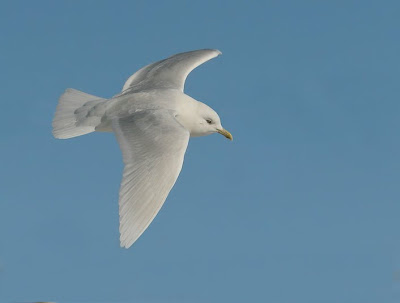 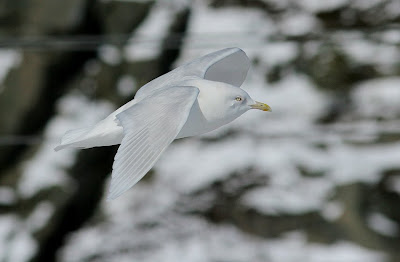 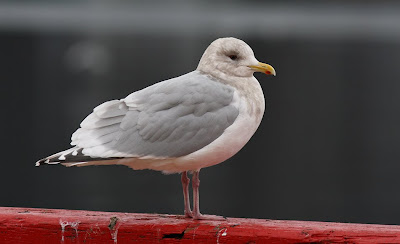