Over the last two weeks St.John's birders have been on the edges of their seats,awaiting a potential invasion of European waders and thrushes. Every serious birder in Newfoundland knows of the great invasion of 1927,those that didn't know about it before, are learning of it now. It is a part of Newfoundland birding lore and something that we always talk about. We imagine what it would be like to witness such an extraordinary event and how unbelieveablly exciting, it would be.

You see, St.John's birders are a difficult to satisfy. You might say we are a jaded bunch, with our annual flocks of over 20 Tufted Ducks, annual European Golden Plover. Combine this with a mixed bag of other European birds, such as Black and Bar-tailed Godwit,Common Greenshank,Redshank,Euro Oystercatcher,Garganey and the list goes on. These species,although being far from annual, all have occured within the last 7-8 years. We're no longer satisfied with an occasional vagrant,we want more,we want a mass incursion, a true once in a lifetime invasion, on a massive scale!

I've been wrwiting about such events in the last couple of weeks and this is just another in that series. However, I do have reason for increased and sustained hope that such an event could happen. Europe (the UK in particular)is in the midst of one of it's longest and most severe cold snaps in many decades. Hordes of birds are fleeing Britain and moving west to Ireland to escape the wintery English landscape. Tens of thousands of Thrushes and Lapwings, Skylarks and other birds have been piling up along the Irish coast and some have even been seen flying out to sea- to where??

The one thing that has been working against us through al of this, has been our winds and those over the Northa Atlantic, between us and the UK- they just haven't lined up like they need to, to carry large numbers of birds our way. However, it looks like that will change in the next few days.

In the next three days a low pressure system will advance NE of Newfoundland and it looks like it will stall to our NE for a couple of days. Simultaneously a low pressure system is developing south of UK and it looks like it will link up forming a transatlantic wind tunnel,like those we see in spring occasionally, when we get influxes of European birds. If things play out just right and large numbers of birds are still moving in the UK,many could get pushed our way,then ride the winds across the Atlantic,straight to our shore. This is what happened in the 1927,when thousands of Lapwings were pushed to Newfoundland. I'm not asking for thousands, I'd settle for tens,along with some Thrushes,maybe a few Snipe,a Coot,throw in a couple of Meadow Pipits and Skylarks for good measure and I'd be one happy birder!.

Below is a snap shot of the projected weather maps for the next 72 and 84 hour intervals. Compare these to the weather map from December 20th,1927 and you'll see some similarities. The only problem is the main exodus of birds from the UK might have already occured and this could be too little too late. We'll have to wait and see what happens. 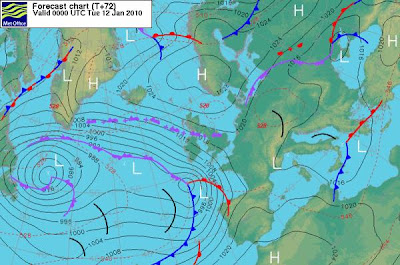 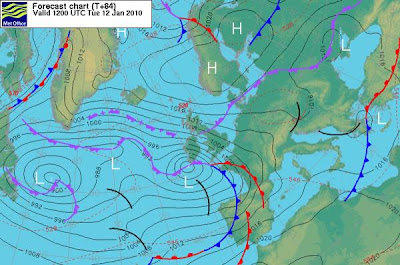 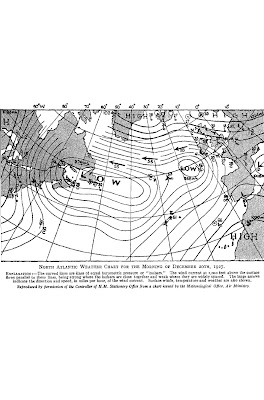