Below are several photos taken January 8th from the sewage outflow in St. John's Newfoundland. In general size this bird is between average Iceland and Herring Gull. The bill in particular stands out among surrounding Iceland Gull and seems closer to Herring Gull in size.

I have already received several comments on this bird. Most people advising this is a Thayer's Gull.Another commented that it could be some kind of Herring Gull hybrid.It surely cannot be a Kumlien's Iceland Gull.

What confuses me about this bird is large amount of black in the wing tips. I have searched the internet and cannot find a Thayer's Gull with this amount of black in the primaries. I guess it's possible that some might consider Herring Gull in this identification,but this gull very clearly has a purple/pink orbital ring,that is never seen in Herring Gull to my knowledge.

Thayer's Gull is very rare in Newfoundland,the extreme variation in our Iceland Gulls makes it difficult to know where to draw the line between Thayer's and Kumliens(for me at least).

My question is,can this bird be unequivocally identified as Thayer's Gull? If not,then What is it? Could an Herring X Iceland Gull or Herring X Thayer's look like this? Again,to my knowledge neither of these crosses have been documented.

Any comments would be greatly appreciated and photos of similar looking Thayer's Gull would be excellent. 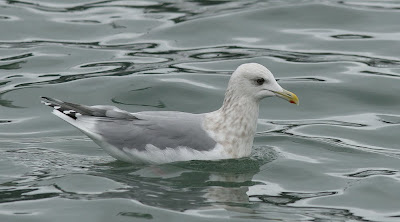 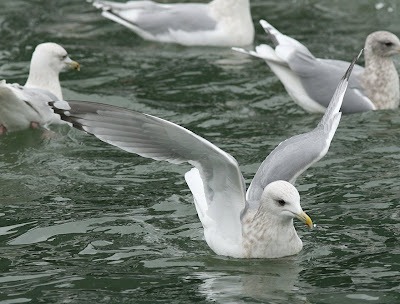 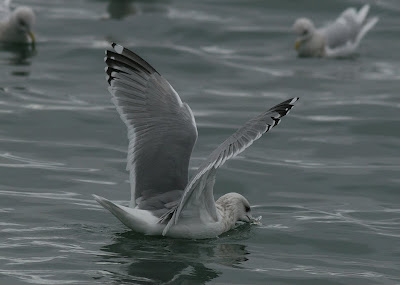 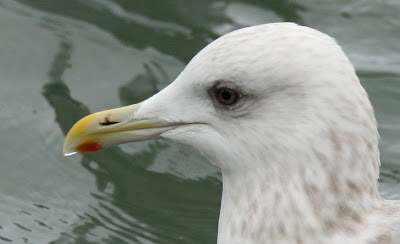 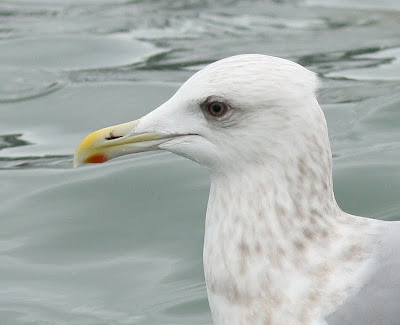