I've received a few emails from some of my readers wondering when I might be posting an update, so in an effort to keep my loyal readers happy, I present tonights blog entry.

Ton be honest there isn't a great deal to talk about... by that I mean daily encounters with Yellow-legged Gull, Slaty-backed Gull, numbers of Lesser Black-backs, 4 Common Gulls and 30+ Tufted Ducks etc etc, seem to be losing their excitement. It's time for a new bird to be found.

Lately, I've had Glaucous-winged Gull on my mind,we have two previouis records,both in Feb-march,so I know it's possible!But until then we have to settle for the list of super rarities above that would thrill most birders,but now barely result in St.John's birders doing a second take. Well, that's not entirely true,we still get excited about YLGU and SBGU and whenever I see one I still watch the bird until it decideds to move. I've never walked away from a great look at a YLGU and if I'm lucky enough to get within photograpy range I just can'e seem to stop taking photos until my card fills or the bird flies.

I had such an encounter yesterday,while doing the field portion of my Gull Identification II workshop. The materialized from out of nowhere and lingered for over 10 minutes at close range allowing all the participants scope filling views of this spectacular gull. we also a brief,but nice encounter with a SBGU,which was a lifer for several of the workshop participants. Overall the workshop went really well. Everyoen seemed pleased with the material and the presentation and appearances by YLGU and SBGU I'm sure didn't hurt!

Below are a few photos taken around town recently. Now that I have a few days to myself, I hope to post something gull related in the next couple days.I might write write something about identification of 1st winter European Herring Gull from a North American perspective if I'm feeling particularly ambitious. Anyway, below are the photos... 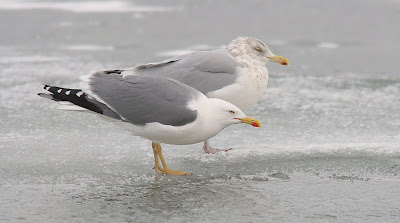 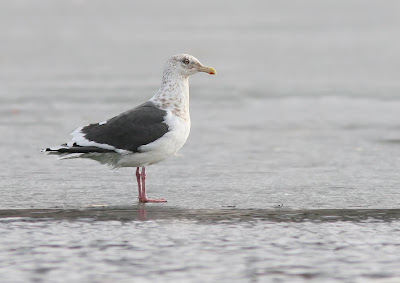 Another image of our most recent Slaty-backed Gull, check out those folded primaries! 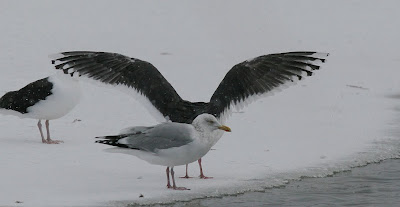 Slaty-back spread wing.Note the extreme amount of white in this birds wings.This must be somewhat extreme for this species.

Note: Bird in middle with the pale brown primaries,with frosty,white tips. This is a presumed 2nd winter Greater Black-backed X Glaucous Gull hybrid. Bird is aged by the apparent lack of any juvenile feathers in plumage and rounded primary tips. 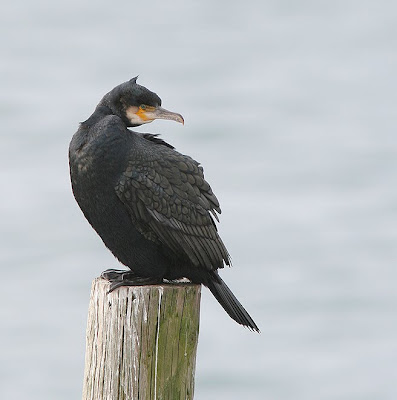 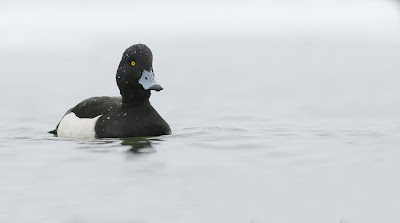 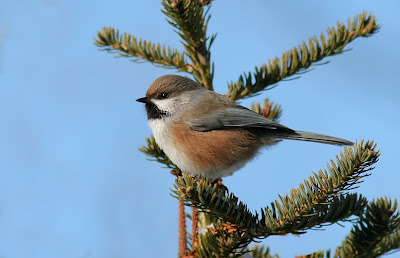 Boreal Chickadee
Posted by Dave Brown at 1:08 AM