As I've stated in earlier posts choosing a time and location to go birding is often not a random decision. For many experienced birders, there is much forethought,analysis and planning behind the scenes prior to any birding trip,especially in times of heavy bird migration migration. This is especially true for regions such as Point Pelee,Ontario, High Island ,Texas, Cape May,New Jersey and various other hotspots.

These locations are often referred to as 'migrant traps". A migrant trap is a strategically situated piece of land, often an island or Peninsula. It could also be a particularly luch area in a very arid region, or a heavily wooded sector in a heavily urbanized area,such as Central Park in New York City. Migrant trap don't actually trap birds of course,but they act as a falling out point for birds that might be stressed after a long migration.They are appealing because they are the first point of land available to tireed migrants or because they have some ecological component that makse them superior to the surrounding environment.

For us in Newfoundland we are often at the end of a birds migratory route, we get very few transients other than late summer and fall shorebirds. In short, if your a bird that makes it this far to the north east, you don't intend on going any further, and even if you did,where would you go? We do however have a few locations that have proven to have the ability to concentrate birds after the appropriate weather conditions and Cape Race is one such area.

Cape Race is the most south easterly point of land in Newfoundland. The Cape itself is a barren area,with a few buildings,tundra and some short grassy areas. There aren't any trees at the Cape itself so vagrants settle in the grass and are often found sheltering around man made structures- under steps,parked cars anything that provides shelter. Cape Race is situated at the end of an approximately 20km dirt road that trails along the coast from the community of Portugal Cove South. Along this road there again is little cover aside from scatted patches of stunted spruce,referred to locally as tuckamoor. The tuckamoor and various parts of the road has shown a remarkable ability to hold vagrant songbirds. It consists of extremely dense,often tangled spruce tress that have been battered for perhaps a decades or perhaps even hundreds of years by the often fierce and unrelenting winds,blowing off the northern Atlantic Ocean. At first glance, this habitat doesn't look like much,but imagine your a tiny 6 once bird that has just flown 1000 km's during a storm out over the Atlantic, in 80km winds and it starts to look exponentially more appealing!

So,why am I even talking about all of this? Well, I've been looking at the upcoming weather maps for the next couple of days and they're looking really really good for potentially bringing a pile of birds to the southern Avalon Peninsula. It has only been two weeks since the last fallout at Cape Race,which brought Cattle Egret, Hooded Warbler, Scarlet Tanager and a pile of Thrushes. This next system looks every bit as good as that one to me and shares a lot of features as the previous system. Looking below you can see the system I'm talking about. 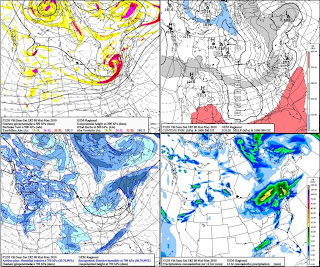 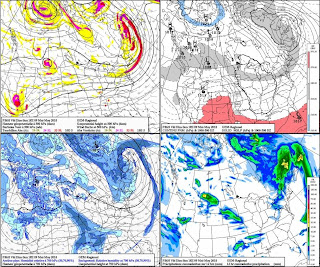 Sunday May 9th- System is further east and generating winds from the SW dirctly to the Avalon Peninsula. 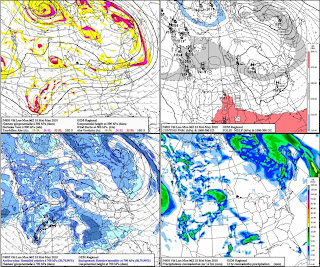 Monday, May 10th. A continuation from the previous day,still giving S winds to the southern Avalon Peninsula

Notice the movement of the low pressure system from the Great Lakes to the Maritimes. Notice especially, how the isobars(lines on the map) in the maps for Sunday and Monday are tightly packed(indicating strong winds)blowing out over the Atlantic Ocean and straight to southern Newfoundland( the winds flow parallel to the isobars.) Now look back at the weather maps from the Cape Race fallout a couple of weeks ago and notice the similarities. This low pressure system actually originated in the Midwest near the Texas panhandle then started to rapidly move to the North East.As well, system happens to coincide with the main migration of warblers into the Great Lakes and the NE US.

If things play out like just right,there could be some legendary birding coming our way in the next few days. if you have sick days banked I'd suggest you use them. Make sure you have a full tank of gas and have your bins and camera within reach.Good birding and stay tuned!
Posted by Dave Brown at 11:28 AM