Ok, I'm not even sure where to start with this one. Things are happening here, we're getting hit by vagrants from all sides,every other day there seems to be some sort of mini-fallout of some sort, in short some really exciting birding these days and I'm glad to be a part of it. This is Nirvana for Newfoundland birders,with each trip proving to out do the next.

In my last post I spoke of a combination of southern and European vagrants, well this has just continued and has gotten even stranger. Maybe someone can explain this to me. How is it possible to get a fallout of Neotropical migrants such as Grey-cheeks Thrush( a month early!!!) and European Golden Plovers at the same location, on the same day??? It just doesn't make any sense does it? Winds that carry us European Golden Plovers should push northbounds Neotripical migrants away from Newfoundland and vice versa. Well I guess anything is possible at Cape Race. if you have never been there,do yourself a favor and make a visit. It's a mainstay on all my southern Avalon tours and for good reason- it rarely dissappoints. If your not impressed with the birds then you'll surely be impressed with the awesome coastal scenery.

Anyway, getting back to the exciting stuff. Here is a list of birds I saw during an leisurly afternoon birding outing from Ferryland to Cape Race on Wednesday May 5th. Note all of these birds are classified as vagrants to Newfoundland.

CHIMNEY SWIFT,CLIFF SWALLOW,PURPLE MARTIN,INDIGO BUNTING,ROSE-BREASTED GROSBEAK,SCARLET TANAGER,HOODED WARBLER,VEERY,RUFF,CATTLE EGRET...I think there are a few more,but this is enoguh to give you an idea of what the birding is like right now. All of these birds have been carries north by low pressure systems moving up the eastern seaboard and across to Newfoundland from the Great Lakes Region.On May 6th I made the same trip again with my fiancee,Jen,so she could cash in on a few lifers that we missed on a previous trip. We had most of the birds listed above but also witness a pretty extraordinary event, a fallout of Grey-cheeked Thrushes,Hermit Thrush and White-throated Sparrows!! The Hermit Thrush and White-throated Sparrows aren't that unusual,but the Grey-cheeks...really weird,almost a full month early. A birding friend told me that Point Pelee got the first grey-cheeked yesterday and it was deemed early. If that bird was early the Newfoundland birds are..well insanely early. It is likley the birds arrived here on the fast moving southerly winds. Many of the arriving birds appear stressed and this is eveidenced by two emaciated carcasses that I collected (note you need a permit to collect birds carcasses- I have one.

So the Thrush eent was quite exciting,but combine that with the sudden arrival of 9 European Golden Plovers at three locations on the southern Avalon Peninsula and you have a total mind bender..WTF??? I knw that after the last low pressure system passed it sat of the north east coast of the Newfoundland gicing us wrap around NW winds that almost reached southern Greenland. I guess it's possible that there were some Euro Golden Plovers that were already off track and got whipped around to southern Newfoundland.

Notice the low pressure system off NE Newfoundland. This originated in the Great lakes moved to this position in a couple days. It could have carries a bunch of swallows erc with it,pushed them off the eaast coast of NF,then slingshotted them back with the wrap around NW winds that followed the passage of the system. Thjis same winds could have pushed Euro Golden Plover to SE NF.

So getting back to that list of birds I mentioned earlier,below are some photos that I took. Thsee photos are mostly just record shot quality. I never had the luxury of spending the time rewuired with these birds to get great photos,but for the record here are some of the birds I've seen recently. 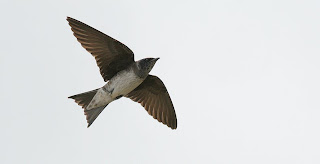 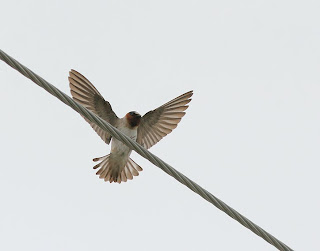 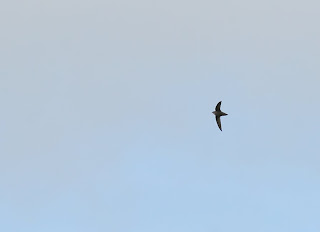 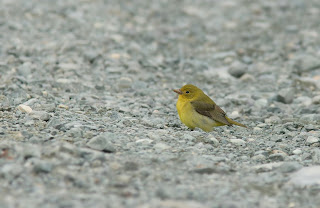 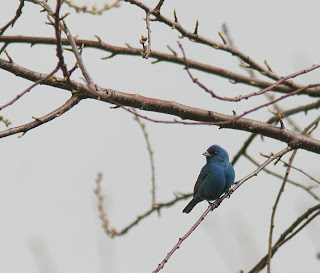 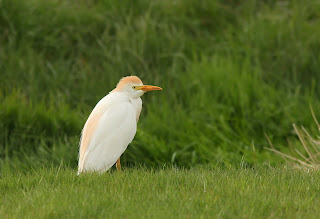 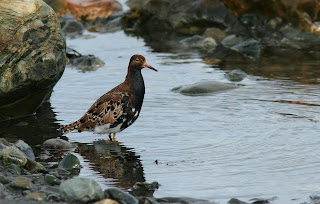 
I'm planning a couple of more southern Avalon trips in the next two weeks, before I leave for the Codroy Valley for a month. If you are interested in attending one of these trips you can pre book your spot by contacting me @ dave.browne@gmail.com. After the excitement of the last week I'm sure these trips will book quickly.

PS: excuse the typos that undoubtedly plague this post, I'll edit them out when I get time, just wanted to get this out there.
Posted by Dave Brown at 7:26 PM