Well Hurricane Katia passed by south eastern Newfoundland today without coming within 300 miles of the nearest land at Cape Race. Due to this storms track far from land and it missing us by such a large margin its not thought that we will get any hurricane waifs from the storm. Having said that I'm still prepared to be surprised by a southern Tern or White-tailed Tropicbird. I'll be birding the Cape Race area tomorrow, so we'll see what's around then.

So Katia was a bust, but no worries there is a new storm that looks like it has some potential according to the latest model readings. This is the 95L that I alluded to the my last posting. It's fluctuated between Hurricane Marie and Tropical Storm Marie over the last couple of days. The storm is having trouble maintaining spin and organization and may in fact fizzle out to almost nothing before it even gets to us. However, it will be entering the warmer waters off the south eastern US in the next couple days and it could very well intensify. If Marie can get her act together and become a real Hurricane the current tracks suggest that it could head straight for eastern Newfoundland. Again, its not thought to get that close to the eastern seaboard, so even if we do get hit, it might not bring a birds. We'll have to wait and see. Here are what the current models are suggesting.

This shows the potential tracks that TS/Hurricane Marie might take over the next week. Tracks this far out are inherrently wrought with error, but the fact that all the models are suggesting a very similar course makes it quite likely that the actual track will be very similar to what's pictured here

Over the last couple of days I added three new birds to my year list and picked up a a bonus bird when I realized that somehow I had forgotten to tick Common Redpoll. The other birds added were Dunlin, GOLDEN-WINGED WARBLER and ORCHARD ORIOLE.

The latter two species are extremely rare in the province. There are maybe 6-8 records of Golden-winged and perhaps just a single good record of Orchard Oriole and this was the second to be well documented and photographed in the province. The situation with Orchard Oriole in Newfoundland is an odd one because it seems to be underrepresented. The species is recorded several times annually in both New Brunswick and Nova Scotia, yes we have two records??!!The photos aren't among the best I've taken, but when your dealing with rarities documentation trumps aesthetics. 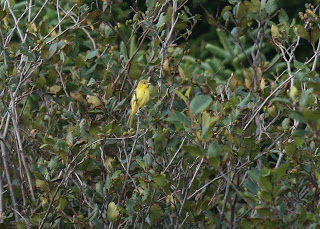 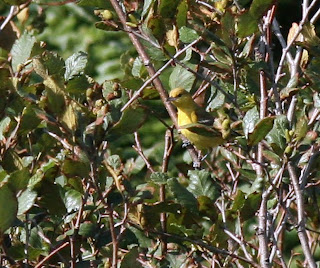 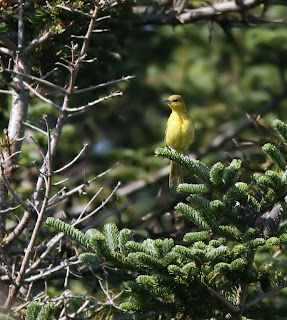 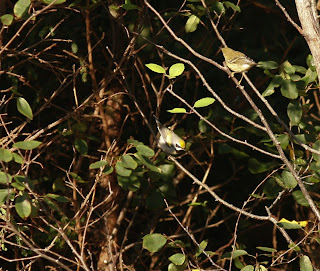 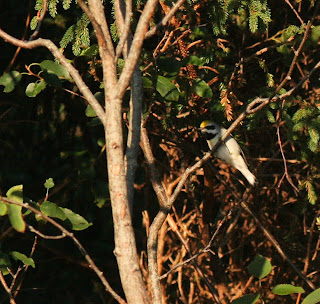 With the addition of the above mentioned species my current year total sits at 246. This is just one species short of the single year Newfoundland list record. My original goal of 260 species is well within reach. If I really go hard and we have an influx of good birds 270 might not be totally out of the question, although that's an almost unimaginable number. In fact, 247 was thought to be unbeatable and 260 was thought to be somewhat outlandish, so who knows!

I'm still working on the Common Ringed Plover piece. I need to dedicate a couple of hours to get it clued up. Look for it in the very near future.
Posted by Dave Brown at 5:07 PM