In my last post I was predicting a fall of southern vagrants on the southern Avalon Peninsula, following the passage of several low pressure systems that swept from the great lakes to NF in a couple of days. Well, that was pretty much a bust. Aside from a deceased Gray Catbird we never had much. Another birder( Julie Cappleman) was able to find Newfoundland's(4th?) Upland Sandpiper, so maybe my predictions weren't way off afterall.

However, all of this has been overshadowed by a flight of European Golden Plovers into eastern Newfoundland this week. When searching for southern vagrants at Cape Race on May 10th I discovered a single Euro Golden Plover flying high overhead. Then about 1.5 hours later I had a flock of 19!!! flying north, soon to be followed by a flock if 17 flying south!! In addition to this there have been flocks of 7 and 3 seenin St.John's and a flock of 6 currently at Cape Bonavista! All together,this could mean that over 50 have been seen this week so far!! 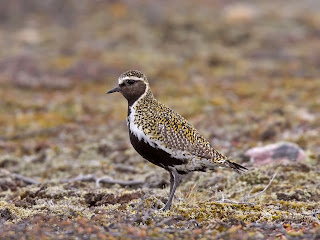 Perhaps even more unusual then the numbers being seen, are the weather conditions they have arrived in. A quick look back at the last two posts will show the pressure maps for Newfoundland over the last week or so. They are not even close to being "Plover winds". But hey, I'm not complaining. There was,however, a pretty big low that stationed itself between NF and Greenland, I believe May 4th-7th. This is not the type of system we think of as traditionally being good for bringing Euro Golden Plovers,but maybe that's what did it? If that's the case though,where have they been,since the 7th and why are they now arriving into SW winds??

Aside from the Golden Plovers, there have been a bunch of other cool birds,most being hangers on from our previous southern blast. It seems that the numbers of Rose-breasted Grosbeaks continue to climb. This species is generally a spring vagrant to Newfoundland, however this year there have been easily over 50 reports. There must be huge numbers of this species in the province right now. With this many reports of males and females it seems likley that this species will breed somewhere in the province this year and will makes a welcome addition to the islands avifauna,even if ,only temporarily. 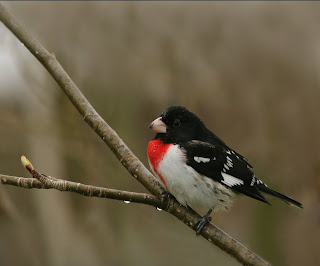 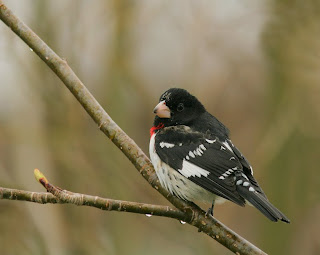 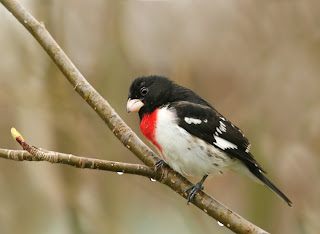 For me though,the star attraction this week was an adult female Red-necked Phalarope in the Goulds( farming town on outskirts of St.John's). We see these bird almost exclusively in fall among flocks of Red Phalaropes, well offshore. It is a rare treat to see a breeding female in a small pond. Oh and in case you didn't know,Phalaropes are the deviants of the bird world. In most bird species the males are the flashy ones,while the females are often crypticly colored to blend in with the surrounding habitat. Well the female Phaleropes don't plan second fiddle to their male counterparts, as they are the more colorful of the two. Aside from that,they leave the males to tend the nest after mating!Below is a photo of the stunner and possible 1st inland breeding plumaged RNPH for Newfoundland.